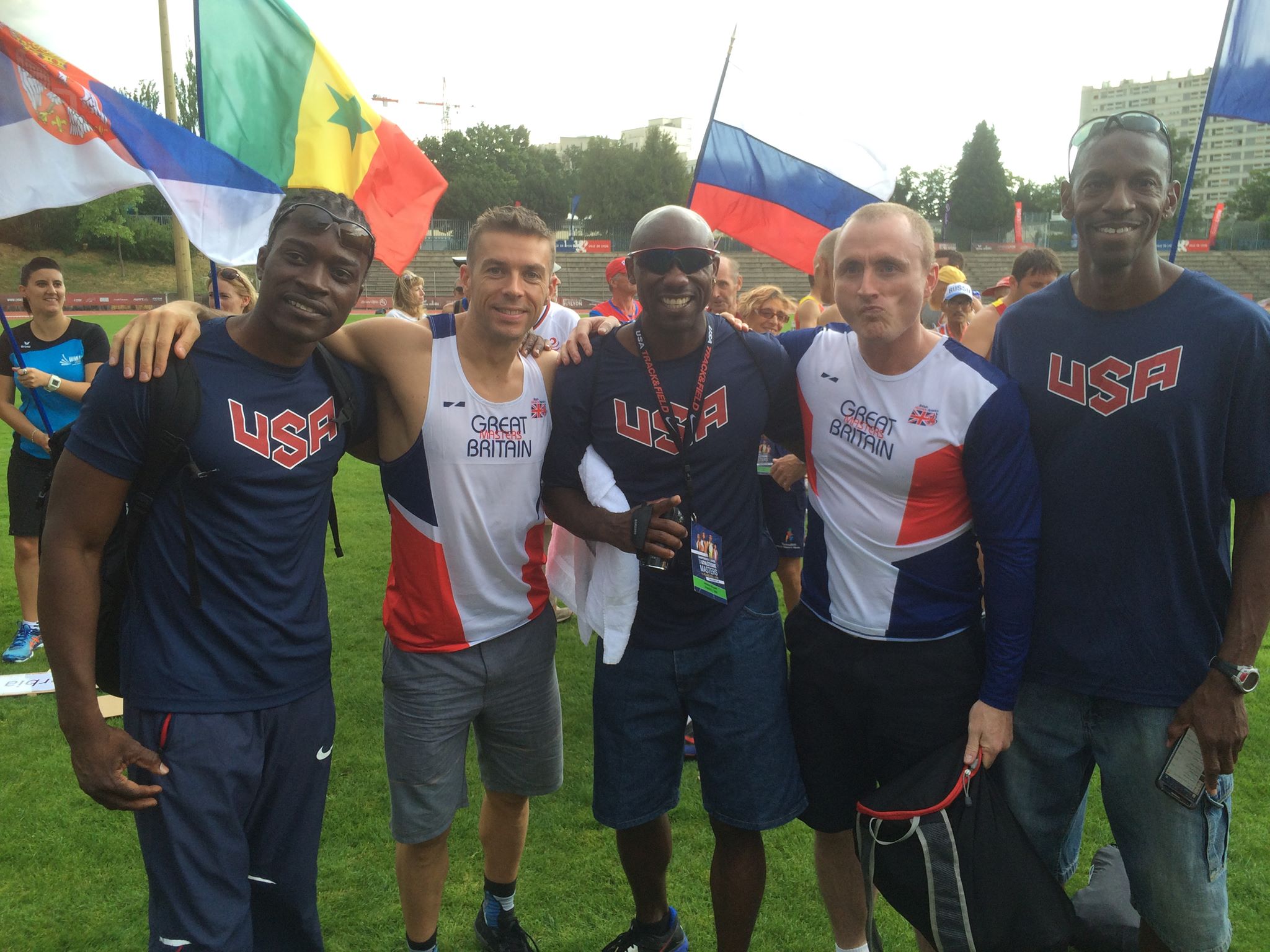 Mike above (second from right) enjoying the World Championships

Looking to build upon his medals gained at both 200m & 400m at the European
Indoor Championships, Mike Coogan has been working extremely hard toward the World
Championships currently being held in Lyon until 16th August.

Competing earlier in the week in his opening event the 200m, Mike ran 23.03
secs in the preliminary round, progressed through to the semi finals where
he recorded 23.20 secs and qualified for the World V40 200m Final.
The final took place on Monday 10th August at the Balmont Stadium, Lyon La
Duchere, where Mike finished in 7th place in 23.12 secs, incidentally only
beaten by younger men in the V40 age category.

After a couple of days well earned rest, Mike is now engaged in his
stronger event the 400m, competing yesterday 12th August at Stadium Du
Rhone, Lyon Parilly he ran the preliminary round in 51.38 secs qualifying
with the second fastest time for the semi finals.

Once he has finished with his individual 400m, Mike is also engaged this
coming weekend as a member of the 4x400m Great Britain relay team.

Francis Day V60 is also competing out in France with Mike and goes in the
World Masters Half Marathon Championship this coming Sunday 16th August.