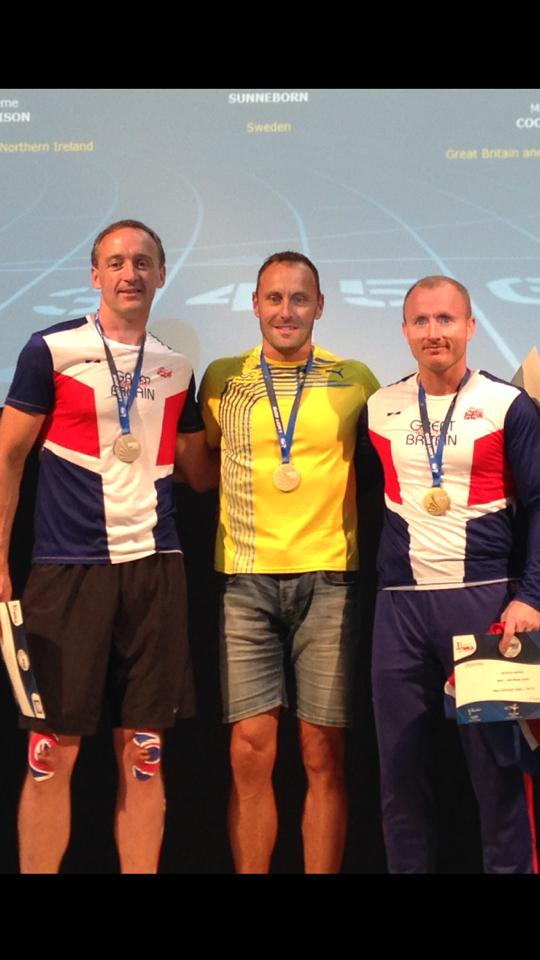 Mike above on the podium

On Saturday 15th he was in the individual 400m final for Masters M40 age
group where he finished a magnificent third in 50.72 seconds to take his
achievements up another level.

Yesterday Sunday the 16th he was competing as part of the GB M40 4X100m relay
team where he ran the lead off leg with the Great Britain team finishing
third behind Japan & France respectively to round off a spectacular
championships.

Francis Day was also competing yesterday the 16th at the Stadium du Rhone Parilly in
the M60 World Half Marathon Championship with competitors having to also
deal with a 7am start time to allow for the heat conditions which meant
that competitors arrived at the start area in the dark.

After struggling in the first half of the race Fran moved through and ran a
solid race to lead home the M60 Great Britain men’s team to 3 rd place
bronze medals in the team race recording 1hr 33 mins and making it back to
the team hotel still in time for breakfast.

The World Masters Athletics Association promotes athletics competition for
life and the achievements of both of the Club’s athletes is great testament
to that, East Cheshire is extremely proud of the accomplishments of both.

Francis below with his Bronze medal in the team event 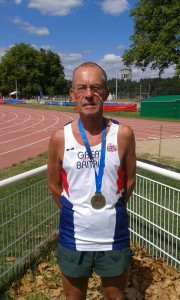