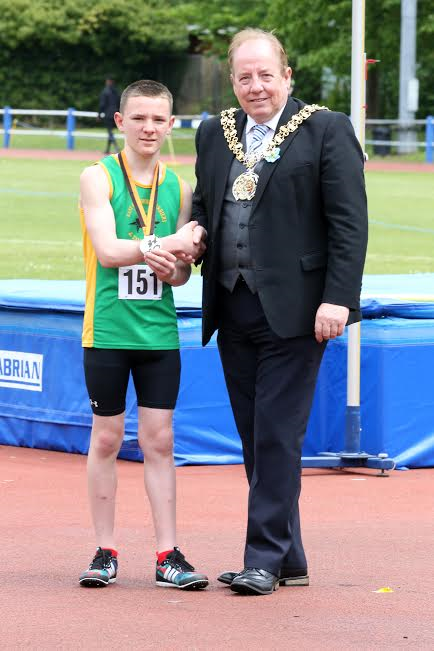 The Greater Manchester Track & Field Championships took place over the weekend of 13th and 14th May at Trafford AC.

East Cheshire’s Jake Smith has made the headlines this weekend with a brilliant Gold medal in the under 17 men’s high jump, with a magnificent jump of 1.66 meters. Jake had a special supporter with the Civic Major of Tameside Cllr Phillip Fitzpatrick cheering him on. He was joined by Mayors from Stockport, Trafford, Salford and Wigan, who had got together to present medals that had been won during the morning session. See picture below of Jake clearing the bar courtesy of Ernie Greenwood.

There were lots of other brilliant performances from East Cheshire athletes over the weekend, some of the highlights were: 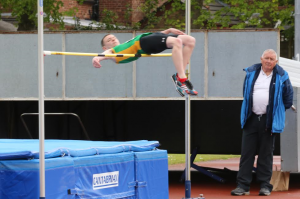 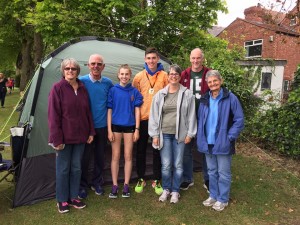 George with his team after winning two Gold medals.