Posted on: Sep 24 2017by Gavin Browne in Uncategorized 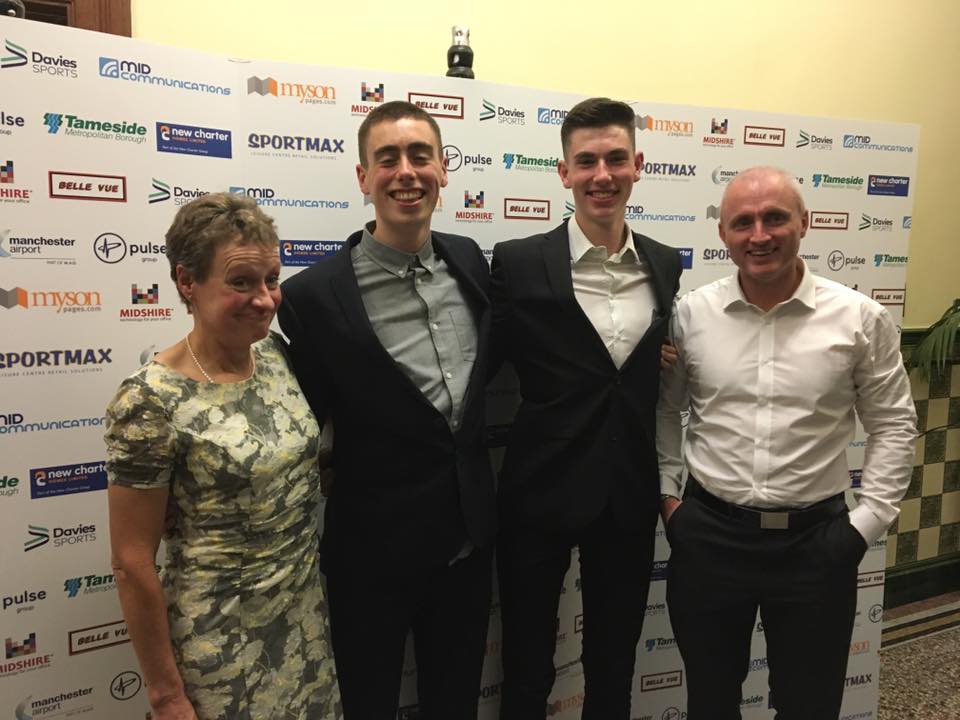 The 2017 Pride of Tameside Sports Awards took place on Friday night at Dukinfield Town Hall. An excellent evening enjoyed by all, which included a three course meal and former Olympic Bronze medalist swimmer Steve Parry as the guest speaker.

East Cheshire did extremely well with 6 award winners on the night. Firstly in the Coach of the year award category we had Hayley Simpson and Shirley Steward nominated, with Hayley Simpson claiming 3rd place for her efforts coaching at the club and taking on the coach coordinator role.

We had four nominations in the Sports Achiever of the year category with Angela Oldham, Joe Steward, Mike Coogan and George Lewis. This is always a highly competitive category and we had three award winners!! Angela Oldham was the overall winner having a great year completing 10 marathons in 10 days and having set herself targets such as completing 65 park runs before she is 65! Well done Angela a brilliant achievement. It didn’t stop there, with Joe Steward and Mike Coogan taking joint 2nd place for their efforts this year. Joe represented Great Britain at the World Mountain Running Championships as did Mike at the World Masters Track & Field Championships.

East Cheshire Harriers were nominated in the Club of the year category as a very valued community club, and we took 2nd place with Honorary Secretary John Murphy collecting the award.

The last award of the evening was presented by The Believe and Achieve Trust who awarded somebody a special award for their efforts helping raise funds for the local charity. Our very own Jake Smith won the award which he fully deserved!

Well done to all! Hayley below with her award and inset Angela, Joe, George and Mike (left to right) 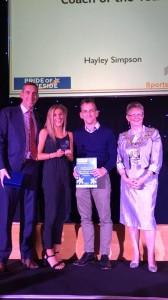