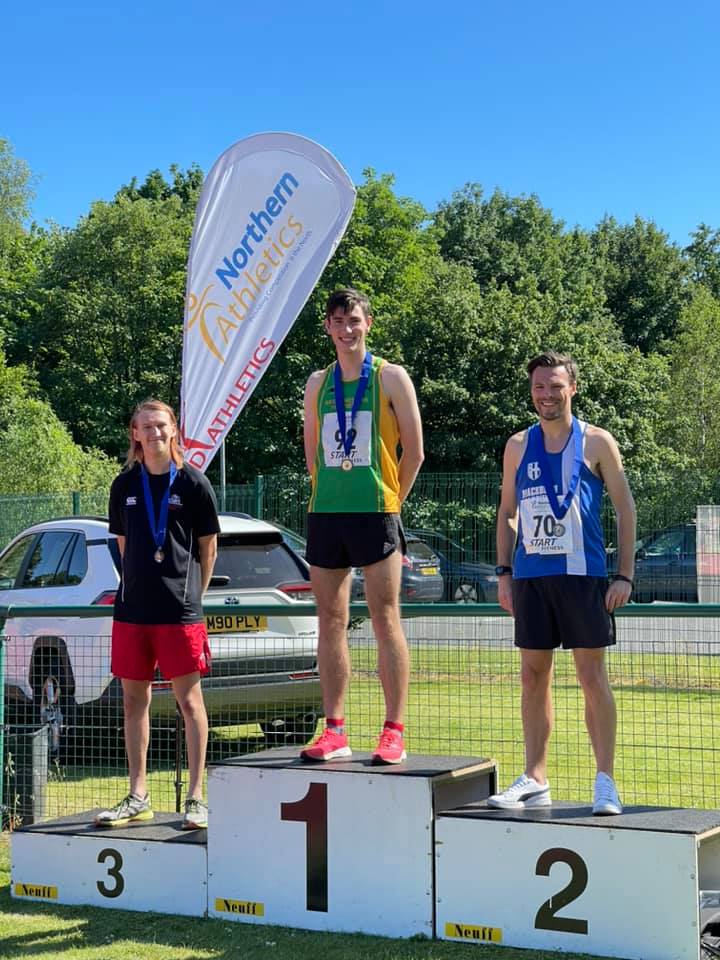 The Senior and Under 20 North of England Track & Field Championships took place on 12th and 13th June at Leigh Sports Village.

East Cheshire’s George Lewis performed brilliantly to become the North of England Champion by winning the Senior Men’s 3000m steeplechase in a solid time of 10.15. George’s sister Megan went in 2000m steeplechase and won a Bronze medal running a new PB time of 8.08, a great performance considering she raced at the GM championships the day before!

A big well done to both! George above and Megan below collecting their medals 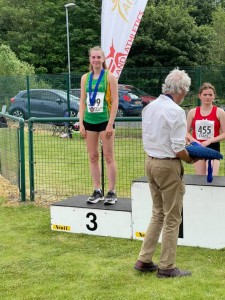