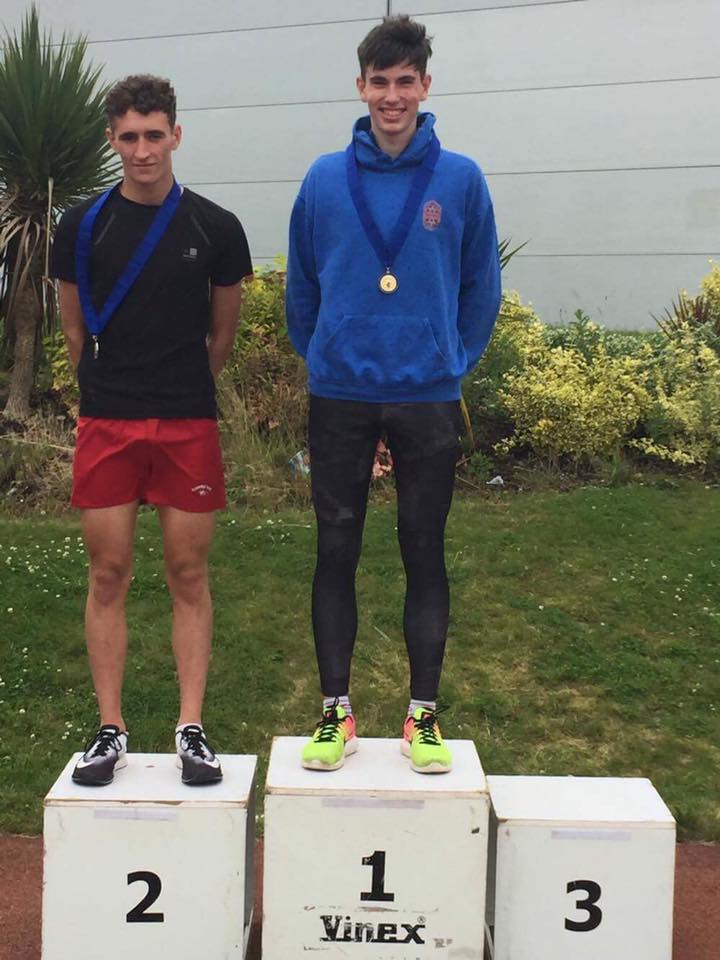 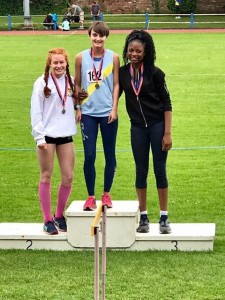 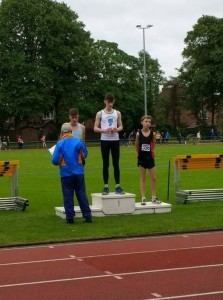 In the Derbyshire County Schools Championships we had an excellent Gold medal through Mussie Kassa in the under 17 men’s 3000m and a Bronze medal for Rose Barlow in the under 15 girls 1500m with a new PB of 5.22.45. 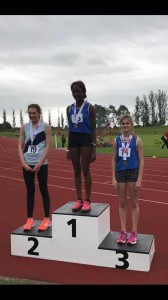 Over at Sportcity we had fantastic news with under 20 athlete George Lewis taking the Northern title in the 3000m steeplechase with a time of 10.18.87. 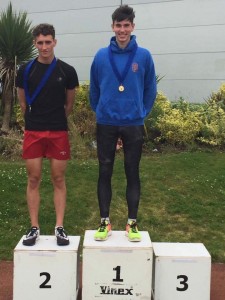 George Lewis above on the podium with his Gold medal
Full results: http://www.thepowerof10.info/results/results.aspx?meetingid=207547&pagenum=1#100