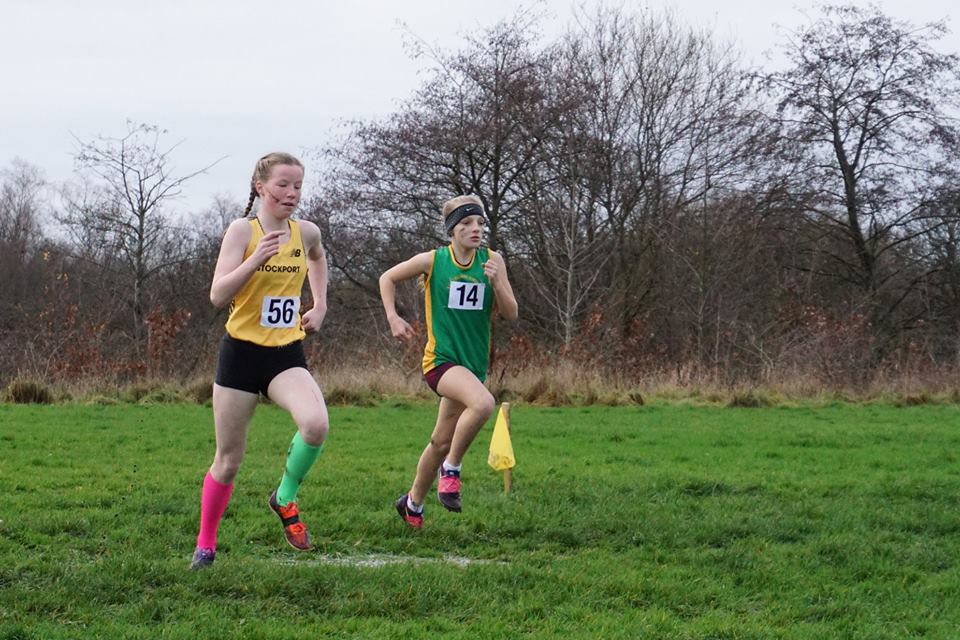 The Greater Manchester Cross Country Championships took place a month earlier than usual at a very tough, muddy Boggart Hole Clough. The top 4 finishers in each age group get automatic selection to represent Greater Manchester at the Inter Counties Cross Country Championships at Loughborough in March 2019. Then 4 further positions are picked by the selectors on performances from now up until the race, with the top 12 in the race receiving a letter with the chance of being selected to represent their county.

Luke Carrington ran brilliantly to get the joint highest position by an ECH athlete on the day finishing 2nd in the under 13 boys race to gain automatic selection. James McGraw has given himself a chance of selection with a creditable 7th place followed by James Harney 13th and Cole Wright 24th to win the silver medals in the team event! Emily Bowker joined Luke on the podium with another fantastic 2nd place in the under 13 girls race to gain automatic selection with teammates May Mannion 14th, Imogen Gush 35th, Ellen Lees-Hill 44th and Liegha Manser 50th to give the team a 5th place finish. Greg Dari has given himself a chance for selection with a solid 6th place finish in the under 15 boys event and Ben Clayton ran well to come home in 22nd. Rose Barlow also ran well and finished in a brilliant 6th place in the under 15 girls race, with Aliesha Smith 30th and Abbie Hirst 36th making up the team which finished 9th overall.

Megan Lewis had another consistent performance in the under 17 women’s race to make the Greater Manchester team with a 4th place finish, as did Lily McGuiness in the under 20 women’s race to finish a brilliant 3rd place. Bethany McManus and Hayley Simpson have both received letters with a chance of selection in March finishing 9th and 12th respectively in the senior women’s race. Joe Hudak and Gavin Browne are also in with a shout of selection performing well to come home in 5th and 8th place respectively in the senior men’s race. Other good performances in the senior men’s race came from Barry Hirst 28th, Liam Browne 30th, Darren Smith 54th, Derek Hughes 64th and James Hartshorne 75th with the team finishing 4th place overall.

Well done to all who took part in very wet, muddy conditions. Photo – Emily Bowker in a close race in the under 13 girls race. More photo’s are available on our Facebook page.