Posted on: Dec 2 2018by Gavin Browne in Uncategorized 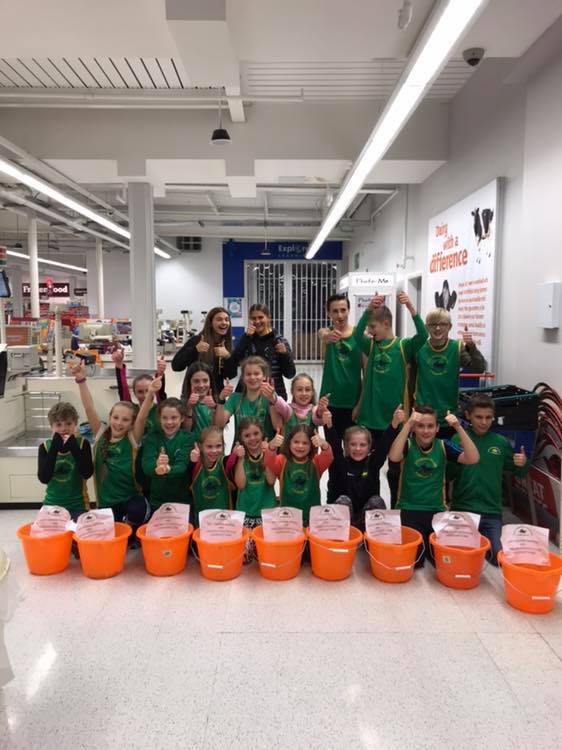 A massive, massive thank you to all who helped with the Bag Packing event for the flood light fund. Thanks to all our junior members who attended. Their cheerful smiles and personalities won over many, many shoppers, and as a bonus, they really seemed to enjoy it. You are all stars. Thanks to all the parents who supported and helped out, and thanks to the coaches who spread the word amongst their groups to get the youngsters to attend, especially Shirley Steward who stayed and encouraged for the full duration. A really big thank you to Sue Hudak who arranged the whole event. A mammoth task. Also, a big thank you to Sainsbury’s for allowing us to carry out the exercise. Together we raised a massive £625!!!

It appears that many members are confused or not sure exactly how much still needs to be raised. To clarify, we were originally quoted nearly £100,000 to replace the present flood lights which have been condemned and fail to work properly. Although ECH & TAC are the main users, the lights officially belong to Tameside Met Borough, but the council does not have the funds to replace them. They can provide some money which consists of what’s left from this year’s budget, and has to be spent during the present financial year, plus an amount from next year’s budget. A portion of this year’s budget has paid for the temporary lights to get us through this Winter. In addition, we may be receiving a grant of approximately £40,000 from another source and we have applied for other grants.

£7000 has been mentioned as a ‘target’ and some members believe the £7000 is the sum we need to meet the full cost. This is not the case. Our crowd funding appeal is only one of our fundraising efforts, but so far has raised very little. £7000 is the crowd funding target needed to achieve match funding (£7000 doubled to £14000) which has to be raised by mid December and from a minimum of 60 donors. If 60 donors/members each funded £1 we would achieve one target (If 60 donors each funded £5 or more it would be even better).

Please see the hyperlink below and speak to friends, relatives, work colleagues, etc. and let’s see what we can do.