Posted on: May 28 2017by Gavin Browne in Results, Uncategorized, Youth Section 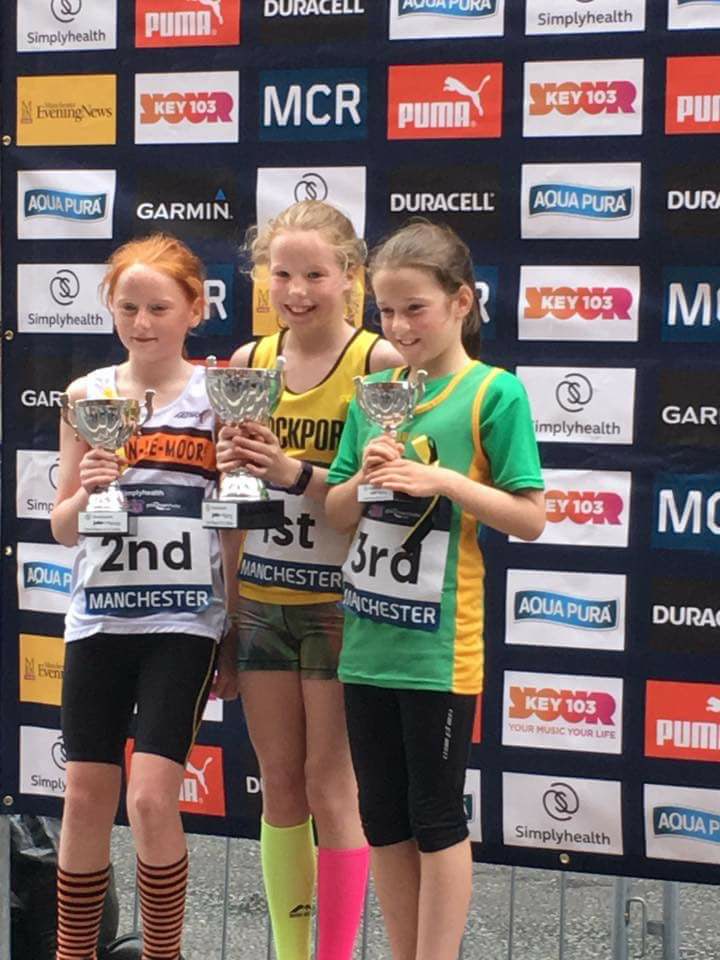 The Great Manchester Run took place today with various races taking part including races for junior athletes, the usual 10k race and the new edition this year being over the half marathon distance. There were some excellent performances from our ECH athletes with a good turn out from the club.

In the 9-11 year old age group for girls we had 3rd, 4th and 5th place finishes through Madeline Stout, Leigha Manser and Matilda Byrnes respectively all within 11 seconds of each other. Ellen Hill and Amy Starkey also ran well in 13th and 31st place respectively. In the 12-15 age group for girls Megan Lewis ran brilliantly to finish in 3rd place, with Aliesha Smith and Abbie Hirst having good runs in 36th and 38th place respectively. In the 9-11 age group for boys we had two representatives with Finley Blenkisop in 20th place and Lewis Kirk in 49th position.

The new edition to the event was the half marathon which took place in the morning. Mark Millns took part but was the official pace maker for people who wanted to run under 1 hour 40 minutes. Mark did a great job to finish it in exactly 1 hour 40 minutes on the clock. Pamela Read had a good run to finish in 1.45.34 with sister Jennifer Read finishing with a time of 1.47.15 in 981st and 1149th place respectively.

Well done to all who took part especially after the events on Monday evening. Our thoughts are with all those affected. 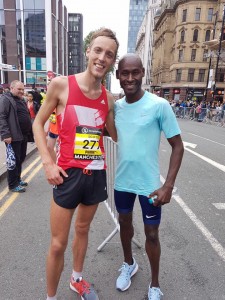