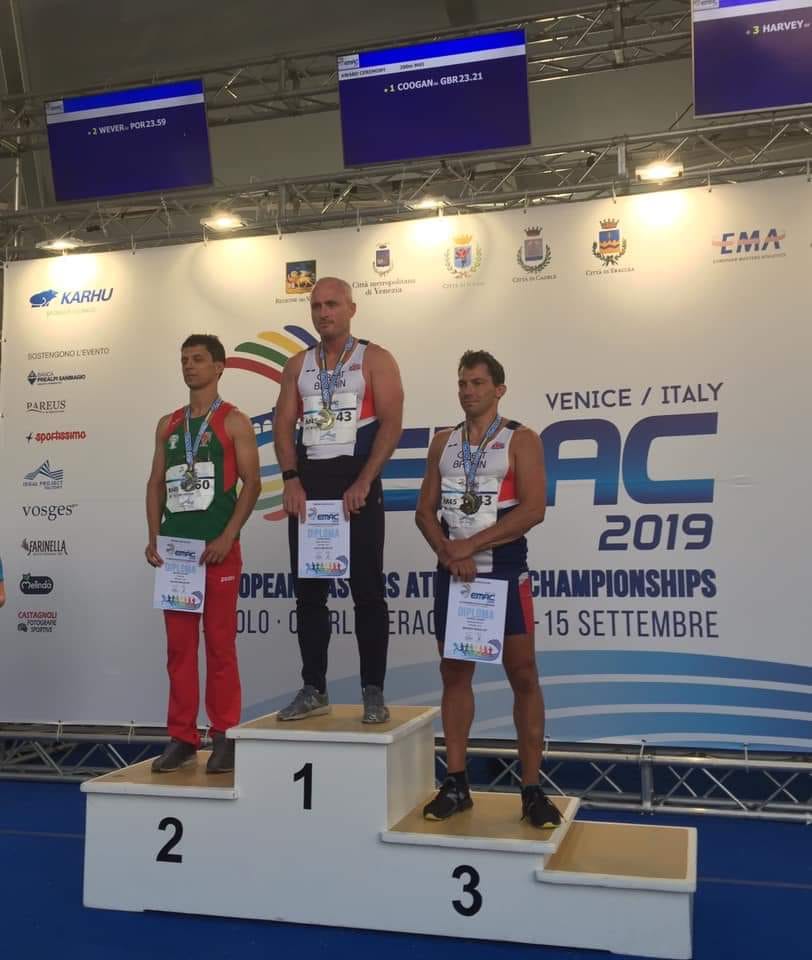 Mike competed in the 200m in the vet 45 category, with his heat taking place on 11th September. Mike went in heat 3 and won his heat with a time of 24.75 to progress through to the semi-finals the following day. Mike was in the first of the semi finals and again won convincingly with a time of 23.28 to progress to the final later the same day. Mike powered out of the blocks in the final and it was neck and neck with 100m to go, but Mike opening up a significant gap in the last 50 meters to take the victory and the Gold medal!

Well done Mike from all at East Cheshire. The fastest man in Europe has a nice ring to it!