The return of the ‘Black Knight Charge’ 2022

The return of the ‘Black Knight Charge’ 2022

Posted on: Jul 28 2022by Gavin Browne in Results, Uncategorized 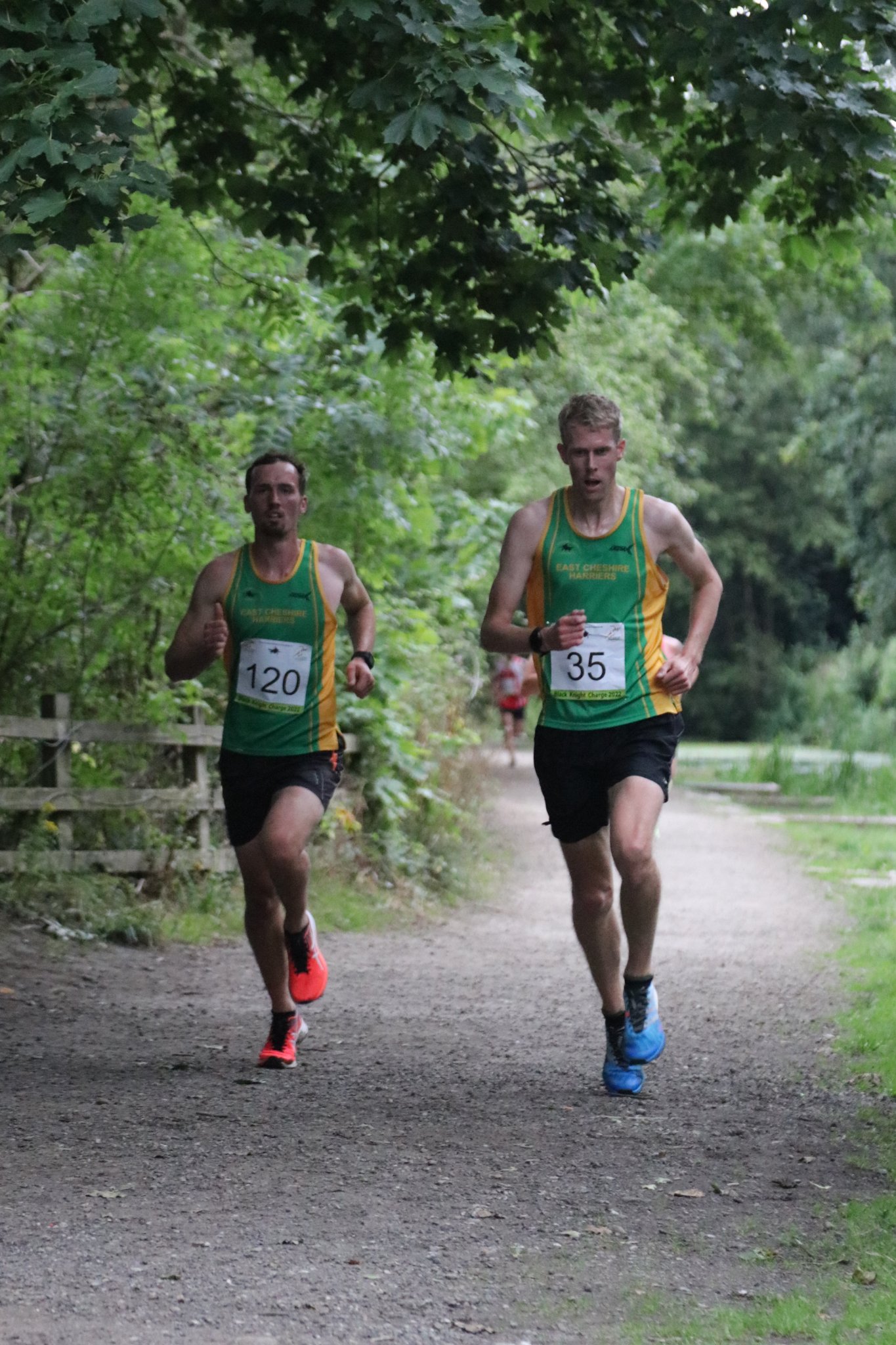 It was a welcome return of the Black Knight Charge last night and it was great to see so many people. Martin McGann and the local runners podcast including East Cheshire Harrier Callum Parkinson did a magnificent job of organising the event, which consists of a 6 mile senior race and 2 mile junior race.

The senior race was a sell out and a strong fielded contested the tough off road trail race in Daisy Nook. Ex-East Cheshire Harrier and now Salford Harrier David Barratt took the win with a brilliant time of 33.19 almost 2 minutes clear. East Cheshire’s Joe Hudak and Gavin Browne had a close battle to finish 2nd and 3rd respectively in 35.14 and 35.35 (pictured). Well done to Salford Harriers who won the team event with David Barratt, Ashley Buckley, Mark Collier and Shaun Chambers making up the team. The women’s race was closely contested with the first 3 within 1 minute 30 seconds of each other. Sophie Wood from Sale Harriers took the win with a fantastic time of 37.34. East Cheshire’s Emilia Platt had another strong run to take 2nd in 38.49, closely followed by Martha Tibbot of Saddleworth Runners in 39.10. Well done to East Cheshire Harries who won the team event with Emilia Platt, Aliesha Smith, Karen Fleming and Emma MacQueen making up the team.

The junior 2 mile race set off 5 minutes after the senior race and turned out to be an amazing race at the front. The top 2 were split by just 2 seconds with Marshall Fleet winning in 11.21 with Alfie Manser just behind in 11.23 both representing East Cheshire Harriers. 3rd place went to Oliver Walker again of East Cheshire Harriers in 12.23. Darcy Slattery of Salford Harries had a great race to take the girls race in a very fast 11.46. Evie O’Connor and Lucy Dent both unattached runners finished 2nd and 3rd respectively with times of 12.33 and 12.39.

A massive well done to all athletes who took part on the night and thanks for your support. Thank you to all the volunteers on the night and a massive thank you goes to Gary Matthews and his team of marshals for their time on the night. As John Bowker said ‘no marshals, no race’, which couldn’t be more true.

Full Results and award winners can be found below, which were announced in the clubhouse whilst eating pie!

Thanks to Jon-Paul Kearns who took hundreds of photo’s on the night and can be found on his Facebook page.

See you all next year!