Posted on: Apr 25 2014by Gavin Browne in Sportshall, Uncategorized 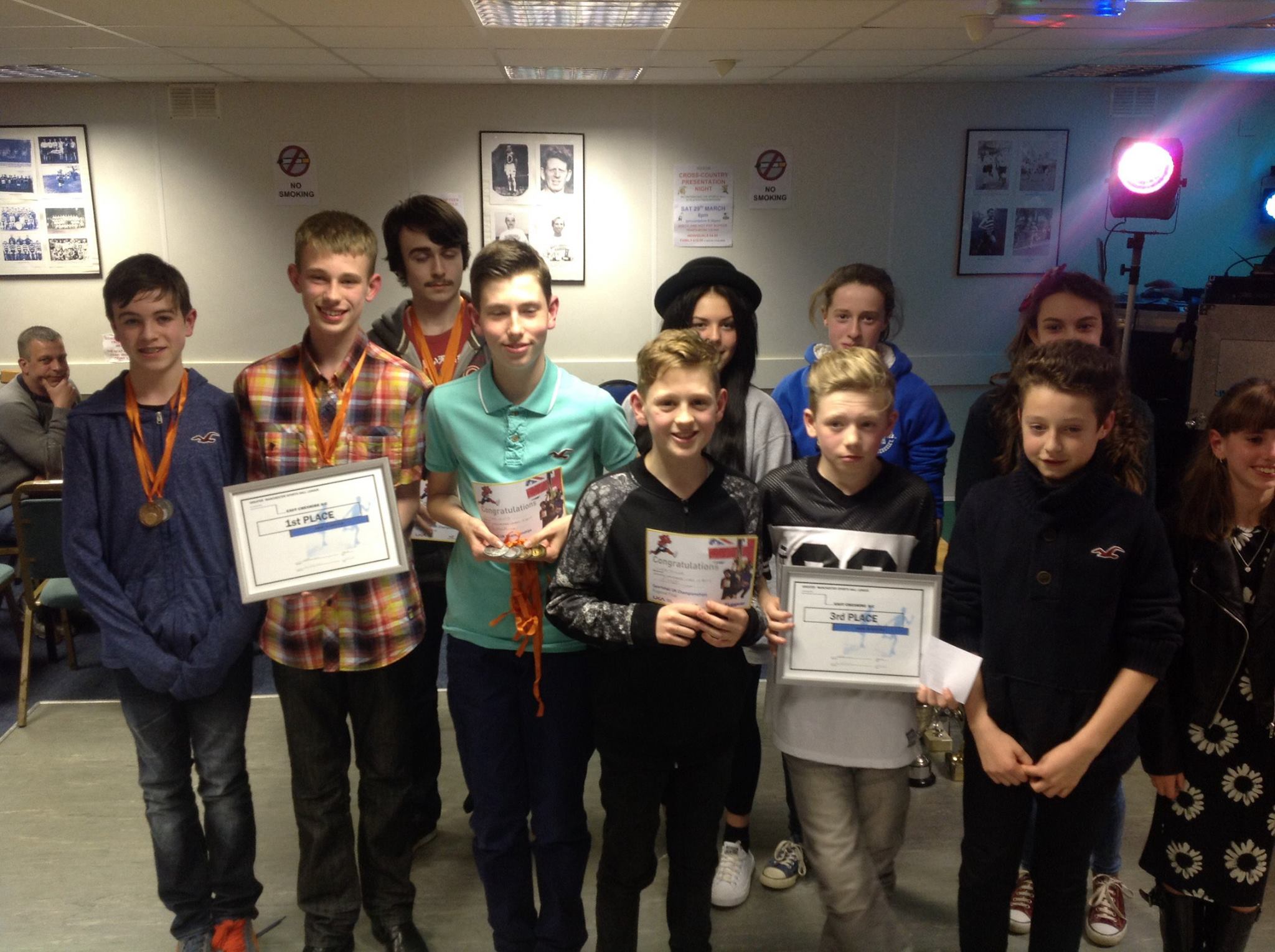 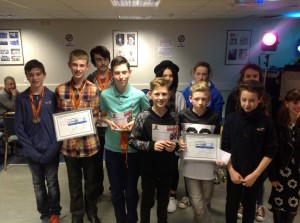 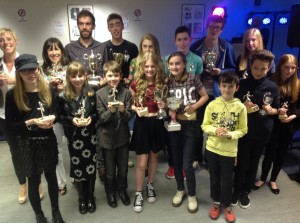 It was another good season for our squad, which comprised well over 20 athletes. There were many good performances across the age groups and events. Our under 15 girls came very close to a top three finish, being pipped for 3rd by just three points. We did however bring home two team awards, as our under 13 boys finished 3rd and our under 15 boys came out on top of the league.

The GM Champs, at the end of January again proved successful for our athletes, with a very good collective haul of 15 medals across a range of events. Our medallists were:

Megan Lewis represented Greater Manchester in the Regional under 11’s Sportshall finals and helped the GM girls to an excellent second place finish in a highly competitive event. Megan had a busy afternoon, taking part in a range of individual and relay events, making a big contribution to the team’s performance.

Five of our athletes were selected to represent Greater Manchester in the regional finals for under 13 and 15s at Sportcity on 15th March. As usual, it was a highly competitive day’s sport, with teams from Greater Manchester, Merseyside, Lancashire, Cheshire and Cumbria battling it out for places in the National Finals in April.

Our athletes all performed with great credit in their individual and relay events, putting in some excellent performances including some PBs.

In the under 13 boys team, LUKE TAYLOR and JAKE SMITH played a big part in their team finishing 2nd overall, with Luke and his Trafford colleague winning their parlauf heat and Jake running the best of the legs in the 4×1 relay.

In the under 15 boys team, GEORGE LEWIS and SAM EMERY-SHAWCROSS were big factors in the team’s close 2nd place finish. Sam led the 4×2 relay team to an easy win and also won his own 2 lap individual heat, while George produced a cracking PB performance in the speed bounce

Finally, in the under 15 girls team, REGAN WALKER was overall 2 lap winner and won the parlauf with her colleague from Trafford in a thrilling race. The seconditis continued, however, with the GM girls being pipped for the title by just four points.

Each of our athletes were awarded certificates for taking part