Posted on: Nov 17 2013by Paul Kenny in Cross Country, Uncategorized 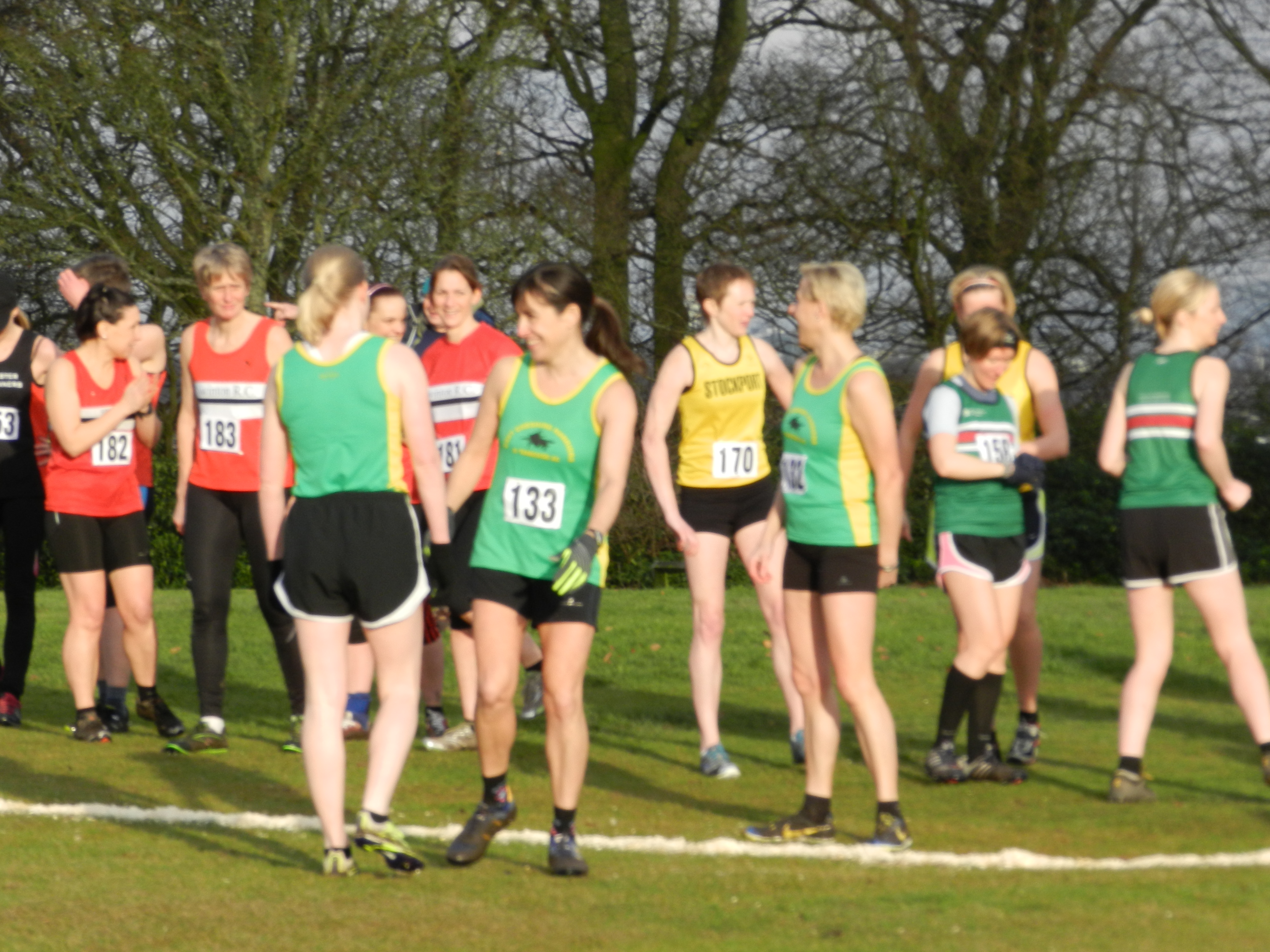 Saturday 16th November saw the first race in the South East Lancs cross country league at Heaton Park. Once again another good turnout from the club ensured some excellent results across all the categories.There were many debutantes in the under 11′s through to seniors. Performance of the day must be Libby Robinson under 11′s despite only being 8yrs old herself she won the schools grand prix cross country down at the club in the morning and competed for the club in the afternoon and did very well for her first race at that level.

Other seniors making their debuts were Loiuse Felstead and Chris Swire, who told me it was 29yrs since his last cross country.

I think Patrick Gardiner and Joe Steward must be sick of the sight of each other again coming in 2nd and 3rd respectively just behind Dave Norman. The mens seniors took the first place in the senior team along with Howard Oldham, John Sloan, Aaron Schofield and Karl Herod