Posted on: Jan 30 2022by Gavin Browne in Uncategorized 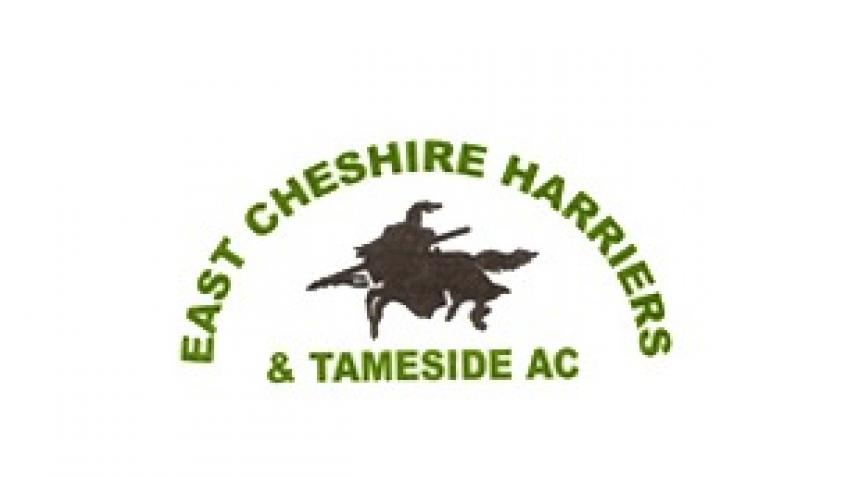 Here is my report on a unique year.

Dominated by a COVID-19 pandemic. Where we had a complete lockdown except for vital services. We have had lockdown, shielding, self- isolation, hospitalisation of thousands and many thousands of deaths.

From March 17th the club was shut. After consultation we opened on the 25th May for one to one session per week. Wendy did risk assessments and disclaimer form. Hayley organised the rota. Coaches had to inform Hayley by 6pm on the Sunday beginning each week with names, days and times. All cleaning materials were provided by the club. Thank you to everyone involved in helping to make the track opening go as smoothly and safely as possible.

Later from 7th September restrictions were eased and some of our athletes were able to train on the track as part of a rota of ‘bubbles’. Some also managed limited competition. We must thank Hayley Simpson for her work in putting together weekly rotas which worked really well. The continual changing of the Guidance by Government, Local Authority, England Athletics confused people and caused distress, anxiety and negative attitudes resulting in disagreements and annoyance. As a result of Government/EA advice we appointed two Covid Co-Ordinators to monitor the covid guidelines and keep us up to date. These were Hayley and Wendy Andrews and I thank them.

The first three months of 2020 we were open as ‘normal’. We had cross country races but had to cancel the club presentation.

Here is a report on what our athletes managed to do before and after lockdown: The performances in this shortened season have been phenomenal and all athletes have been a credit to their coaches and club. We had a short but successful outdoor season with our sprinters and multi-event athletes resulting in three athletes in the top ten UK rankings. To have such a successful season in what has been an ever changing and challenging situation is amazing, The same goes for all the athletes involved, many of whom have completed training without the stimulus provided by clubmates. Hayley produced challenges during lockdown and managed a pb for the Trafford 10K.

Maddison Vernon produced top class performances in good company. The best being a 12.22 100m at Trafford that put her 8th in the UK listing for U-17W 100m. Her selection onto the British Athletics Youth Talent Programme marks the beginning of her athletics journey on the performance pathway. The two year programme will give Maddie the opportunity to learn, train and develop the skills needed for senior success and development as an elite athlete. This achievement has come through hard work, determination and dedication to the sport. Lily Murphy burst on to the scene this summer with a best of 12.37 100m representing a UK leading U-15 time, and a 25.34 200m putting her 5th on the UK list. Multi event athlete James Harney ended the season in the top 10 of the indoor and outdoor pentathlon rankings, and in doing so was 6th in the rankings for 80m hurdles and 10th for long jump. Jack Dobson had three athletes competing throughout the Trafford series all producing pb’s. Wendy Andrews had eight athletes in the Trafford series with six producing pb’s across two sprint events and two producing pb’s across three sprint events. Ian Halliday had four athletes in the Trafford series and further afield with all producing pb’s over a variety of events. Mike Coogan was consistent as ever across 100, 200, 300 and 400m with a pb in the 100m at Harrow and a UK V45 record in the 300m at Worthing. Joe Steward 2nd Senior in Northern and the National Cross Country Championships. George Lewis ran 4.36 for the mile challenge in National Sports week 22/29 June.

Primary C.C. Championship went well. Thanks to all helpers. Thanks to Gary Matthews for all the work he puts in for the cross country season. Committee agreed a veteran’s award at the Track and Field Presentation. Club Track and Field Championships were postponed to March/April 2021. These were going to be named in honour of Phill Pearson. Christine would also like a trophy attached to the championships. It was agreed to be given to someone who has done exceptional at a few events. In April all track and field leagues were cancelled for the 2020 season. Black Knight Charge cancelled. Cross country report on 2019/20 put on website. The club were nominated at EA Regional Awards in the category “Athletics and Running at home”. We were runners up.

Thanks to Sue Hudak for all her work as a committee member and the club Welfare Officer as she decided not to continue due to ill health. I am pleased to report her health is improving. Martin Lewis agreed to be Welfare Officer until we could appoint someone. We received two applicants for the post. Christine and I interviewed Gabriella Guarnieri and Stephen McBurnie separately. They were still keen. As EA recommended a male and a female we appointed both on behalf of the committee. They will have their own email for the post. EA recommend it is a committee post (2021 AGM).

Hayley has emailed regular updates on what was happening to coaches. She issued daily fitness challenges and sessions for her athletes. Wendy created individual sessions. Shirley emailed session details. Jack’s group communicated on social media group. Coaches have done mini challenges and been talking about training. Many seniors did a virtual 5K. Younger members designed a “Thank you NHS” poster. Some got involved in how they would like a new vest to look. Our social media has been brilliant in keeping the club together during lockdown. Glenn Piper set up a group chat for senior members that seemed to be keeping everybody together. He has provided sessions and set challenges.

Just before Christmas 2019 we lost Jim Townsend, one of our oldest members and a great servant of the club in the days before track and field. He was involved in the purchase of the original clubhouse and the development of the new brick building. Sadly Shirley Aldridge resigned. We wish her well. In early July we lost Roger Walker. Then Cheryl Trotman, coach, official, and long time member died suddenly. We extended our thoughts and condolences to her family. Many members clapped her through the crematorium gates. There will be an event in her memory sometime in the future. We seem to be losing members on a regular basis recently.

In May I applied for a Small Business Grant and received £10,000. In June we received another £10,000 as we pay rates for the clubhouse and the track.

Committee discussed a variety of scenarios on membership fees 2021. They agreed 50% of 2020 fee for existing and new members. No pro-rata payments or late fee. They would have the option to make a further contribution. Payment by bank transfer. Preferably no pay by instalments. Cheques to Joanne’s address. No cash. Members have been extremely patient and understanding throughout the year.

We decided not to have a card payment machine behind the bar. Bromley’s sponsorship is on hold. In October with restrictions relaxing we discussed the possible opening of the clubroom. We did some preparations ie. Plastic covers, floor markings, one way arrows and two metre markings. Positive cases rose, restrictions were tightened and we could not open.

Throughout the enforced closure Eddie has continued to do maintenance work on the track and in the clubhouse. We also agreed some improvements involving cost. There was also the covid related actions. Here are some of things done: deep cleaned toilets, dressing rooms and clubroom. LED lighting in the clubroom (cost donated). Dado completed at no cost and wall below dado painted. Walls washed and photos/certificates framed at a discount. Four new wall heaters donated. Corridor walls painted at no cost. Carpet and mats commercially cleaned (cost donated). Richard Wlodarczyk donated an original painting of the track arena by a local artist. Lots of other minor improvement works done in the clubhouse. The noticeboard area and gym has a false ceiling to save on heating cost (club paid). All floors painted green (club paid). Noticeboard area walls and frames painted. All showers changed from push button, valves upgraded and heads cleaned (club paid). LED light in gym. Gym walls painted. Shutters repaired. Tarpaulin to cover long jump sand. General repairs and tidying around the track arena. We continue to have a problem with grass cuttings on the track. We have also spent a lot of time on trying to solve the moss problem in the ‘D’ area. Eventually we found jet washing did the job. We have done some track repairs. We have spent time and money on the hammer cage. As part of Trackmark track inspections the hammer cage was tested and passed.  The water jump barrier has been repaired. The Marley building has been continually tidied and the floors painted. One half was cleaned and sanitised for covid use. Hand gel stations done. One steeplechase barrier repaired and all were painted then stored in a container for winter. New pole vault base covers. A massive thank you to Eddie, James, Barrie Little, Dave Salmon and others for their work on the track area and on the renovation of the clubhouse.

We entered the 2021 YDL and Northern League. The London Marathon was an elite event only in St. James’ Park on October 4th. Mass runners did a virtual race. In 2021 the race will be October 3rd. Network Rail will be using the overspill car park for another five years.

Covid has revealed weaknesses in certain aspects of our life generally, at work, businesses, schools, clubs, organisations etc. The last year has revealed how much a person in my position has been taken for granted. It is easy to make comments but what we need is action and offers of help. I have worked with a variety of club committees. Some have been very good with all members doing a job. We have lost good members through disagreements. Others have contained less active members. Recently we have struggled to fill the posts and fewer and fewer have been keeping the club together. I was appointed Secretary at the January AGM in 1972. My ‘friends’ at the time put me forward. I had no experience. My father helped me in the first few years. I have learned on the job. When no-one would take a job on then I have volunteered until we could find someone. In many cases I did the job for years or I am still doing it. Only first claim members can be on the committee.

I am sorry if I have missed something or someone. I am only a volunteer human being after all, trying to be as professional as possible.

As a result of this year I am seriously considering retirement at the next AGM when my post comes up for re-election. The beginning of my 50th year as Secretary.