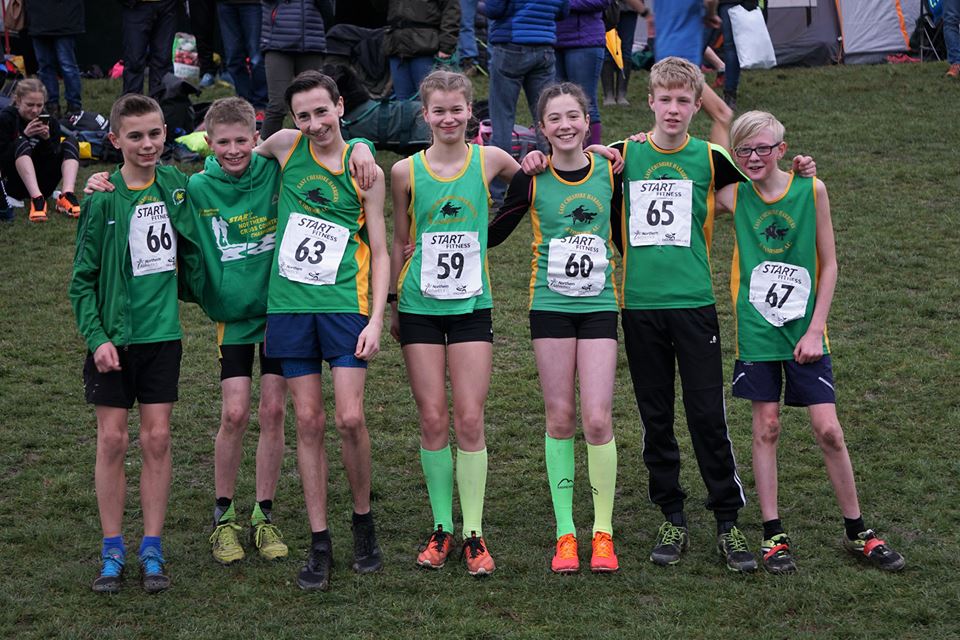 The North of England Cross Country Championships 2019 took place on Saturday 26th January at Pontefract race course. Very good running conditions were in order for ECH athletes with not much mud to contest and a relatively flat course made it very fast running!

The highlight of the day came in the under 13 boys event with a fantastic 4th place team finish. James McGraw and Luke Carrington had excellent runs to both finish in the top 20 finishing 17th and 20th respectively. James Harney 42nd and Edward Rankin 103rd made up the team and a good performance from Cole Wright coming home in 148th position. We had three representatives in the under 13 girls race with May Mannion first back in 80th place, followed by Imogen Gush in 129th and Alice Cunningham 153rd. Megan Lewis had a strong run in the under 17 women’s event finishing a terrific 29th place out of over 100 finishers. Megan’s brother George Lewis went in the under 20 men’s race over 8km and had a solid run to come home in 34th place in a time of 28.55.

Angela Oldham was our only representative in the senior women’s event over 8km finishing a creditable 225th out of 376 finishers. The senior men competed over 12km and the team finished 49th overall. Tim Greenald was first home in 256th closely followed by Liam Browne in 309th. Ever present Gary Matthews was next in 512th, Derek Hughes 540th, James Hartshorne 584th and David Salmon 701st.

Well done to all who took part and the coaches/parents for their support on the day. Photo inset of our under 13 athletes. Photo below left – James McGraw (left), Luke Carrington (middle) and James Harney (right) in the under 13 boys race. Photo below right – Coach Shirley Steward and team manager Gary Matthews showing their support. More photos available on our Facebook Page. 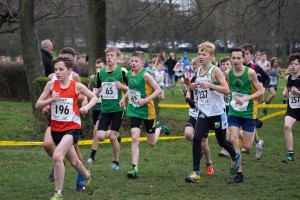 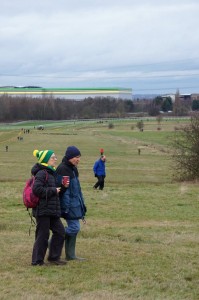