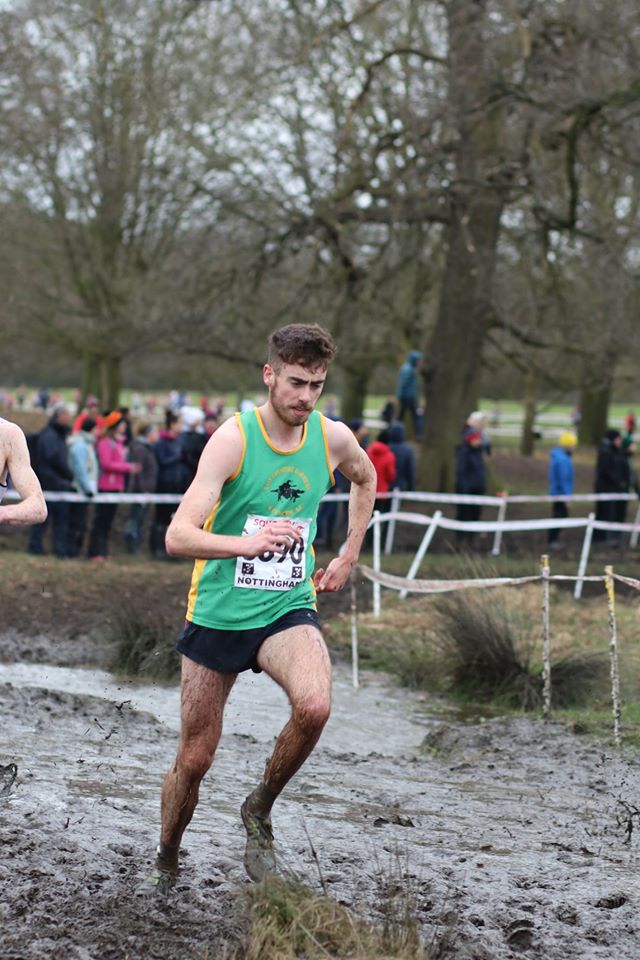 The 2020 English National Cross Country Championships took place on Saturday 22nd February at Wollaton Park in Nottingham, with some excellent performances from ECH athletes competing against the best runners in the country. The course was a mixed bag, with flat sections, hilly sections, really muddy sections which made it a true cross country test.

The highlight of the day came in the last race in the senior men’s event over 12km with Joe Steward having a storming run to come home in 2nd place. Joe was at the front for most of the race and pulled away with Calum Johnson of Gateshead Harriers mid-way through splitting up the field who couldn’t live with the pace. Calum pulled away on the final lap but Joe dug deep to take home an amazing Silver medal. It was the same one, two, three as in the Northern Championships at the end of January, well done Joe! Other good performances in the same race from George Lewis 175th, Gavin Browne 215th, Tim Greenald 456th, Darren Smith 657th, James Hartshorne 1101st and Gary Matthews 1573rd out of over 1700 runners.

Megan Lewis went in the first race of the day in the under 17 women’s event running well to finish 96th over the 5k distance. The next race saw the under 15 boys in action over 4km with good performances from Lewis Brown 171st and Harry Lloyd 335th. Emily Bowker went next in the under 13 girls race over 3km having a superb run to finish in 52nd place out of over 350 runners. The under 13 boys also raced over the 3k distance with the team finishing a very respectable 36th place overall with excellent performances from Bobby Burton 103rd, Alfie Bundy 213th, Tim Elgar 316th and Patrick Mannion 332nd. Matilda Byrnes had a magnificent run to finish in 58th place in the under 15 girls race over 4km followed by Aliesha Smith 306th and Abbie Hirst 395th. The senior women raced over 8 kilometres with Hayley Simpson performing well to finish 230th out of over 900 finishers.

Well done to all taking part and all the support on the day. See photo inset of Joe Steward in action and there are more brilliant photos on our East Cheshire Harriers Facebook Page.