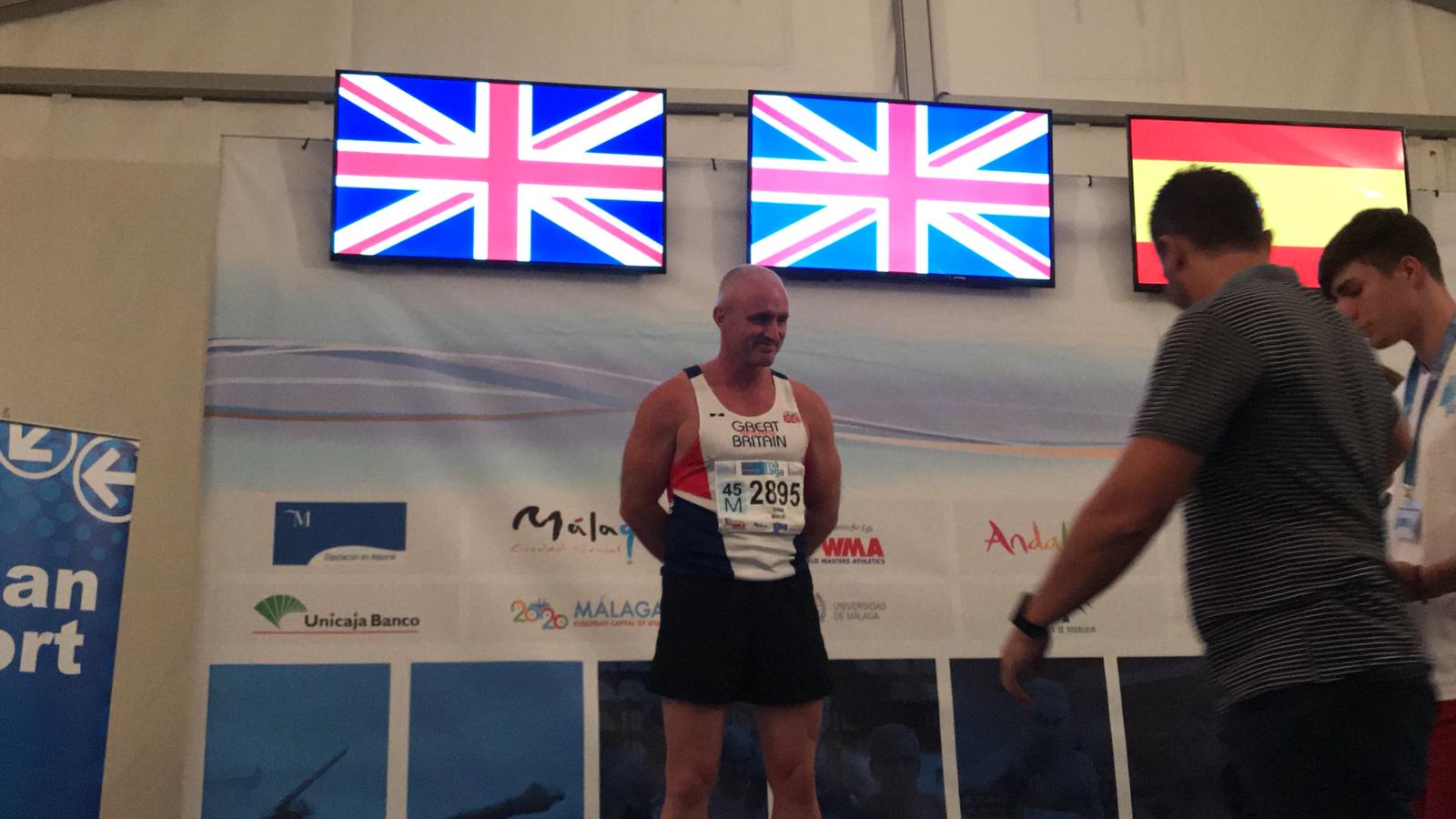 The World Masters Athletics Championships have been taken place over the past few weeks in Malaga, Spain. East Cheshire’s Mike Coogan and Francis Day have been taking part representing Great Britain.

Mike Coogan was selected to take part in the Vet 45 200m and started his quest for a medal in the preliminary rounds on September 7th. Mike qualified comfortably winning his heat in 23.50 to make it in to the semi-final. Two days later Mike went in the second semi-final, again winning convincingly with a time of 23.43 to make the final. Later that day Mike competed in the final and ran brilliantly to take home the World Silver medal with a time of 23.08, just behind GB team-mate Jason Carty won win with 22.91.

Well done to both, amazing achievements!