Posted on: May 27 2014by Gavin Browne in Results, Track & Field, Uncategorized 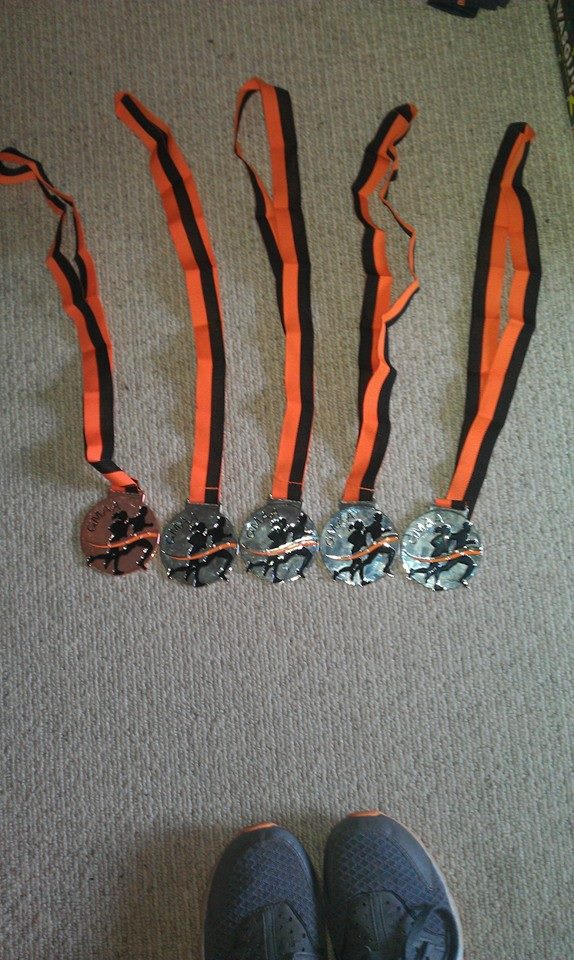 ECH ATHLETES EXCEL AT COUNTY CHAMPS
In glorious weather at Macclesfield over the weekend of 17/18 May, East Cheshire athletes had one of their most sccuessful County Championships in ecent memory. Fantastic performances across a wide range of age groups and events resulted in a total of 26 medals over the two days. Among many highlights, Regan Walker broke two long standing under 15 club records in taking both the 100m and 200m titles in times that fired her up to 4th in the UK rankings. Our sprinters were all in fine form, with Sam Emery-Shawcross coming back from injury to claim the 100m title, with Alex Green and Josh Howson close behind. while Talia Corbett recorded a big PB in convincingly winning the under 17 200m. Chloe Skidmore also recorded a big PB in the under 15 200m heats. Rebecca Kennedy followed silver in the under 17 100m in a very close finish with a fine silver in a PB time of 42.40 in the 300. Clubmate Alarna Brockley-Langford was close behind in 3rd, also in a PB time of 44.08. In the longest of the sprints Beth Hirst took bronze in the senior women’s 400m in a season’s best 59.04
Luke Taylor was a multiple medallist, finishing the weekend with an impressive haul of five medals across two sprints, high jump, javelin and shot putt. Harry Ditchfield continued his rapid improvement in the throwing events with a tremendous winning effort of 37m04, the fourth biggest throw in the UK this year. Big sister Paige claimed silver in the under 15 girls hammer with a best of 30m77. Abby O’Neill also excelled in the javelin, coming 2nd the under 13 girls event with a best of  22m01. More evidence of the club’s strength in the throwing events followed, with Jack Mirfin taking gold in the under 20s hammer, Charlie Headdock claiming gold in the under 17s discus and silver in the under 17s shot, and Sam Dean the silver in the under 17s javelin
John Trotman was another athlete demonstrating his versatility, winning the under 15s 300m in a PB time of 40.16 then taking silver in the 800m and in the 1500m in a PB time of 4.45. In the jumps, Jake Smith took gold in the under 13s high jump with a best of 1m30.
All in all a memorable weekend for East Cheshire’s athletes, and one which bodes well for future success in the remainder of the 2014 track and field season.