Posted on: Jun 8 2020by Gavin Browne in Cross Country, Uncategorized 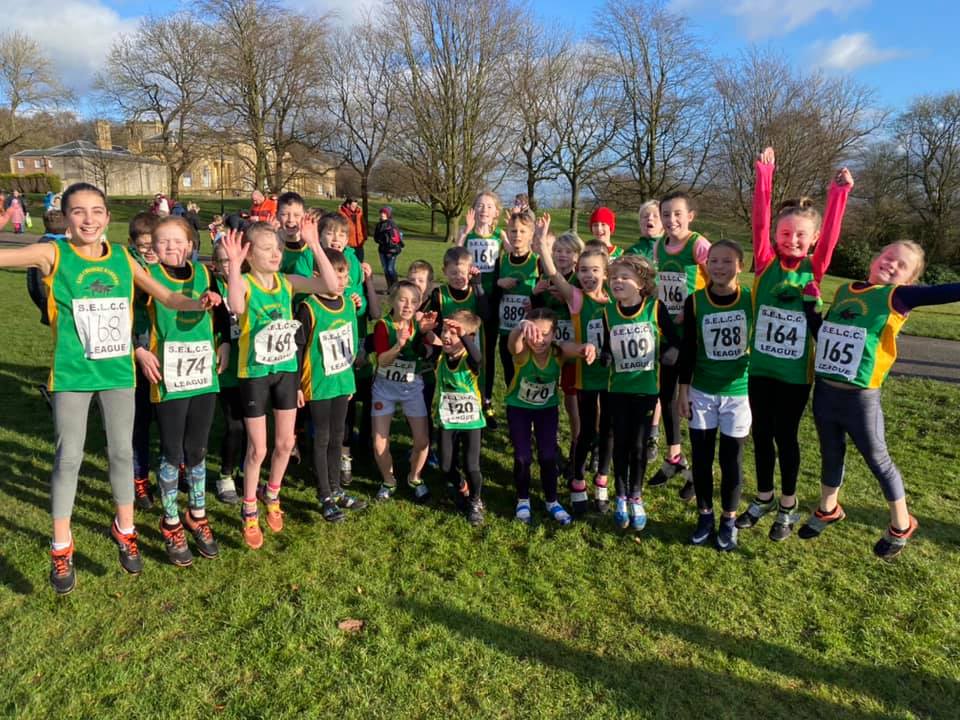 At the Greater Manchester Championships Emily Bowker was not quite at her best on the day but still managed 8th place and qualified and ran at the Inter-Counties finishing 64th. Emily was also 3rd overall in the Manchester League, top 20 in the Northern, top 60 in the National and ran one of the top 10 fastest stages at the Northern Relays where the team finished 12th. Another excellent season from Emily. At the South East Lancs. League the girls performed excellently without Emily to win the overall team event with Maria Rooke 4th, Darcy Slattery 6th and Ava McKenna 7th making up the team. Also completing the series were Kayla Corbett 9th, Hari-Ann Fleet 12th and Caitlin Shaw-Humphries 13th. In the Manchester League along with Emily who was 3rd were Maria Rooke 24th, Alice Cunningham 31st, Kayla Corbett 32nd and Erin Lord 35th.

Matilda Byrnes was the most improved female athlete for the 2019-20 season. Superb consistency throughout. Matilda finished 6th at the Greater Manchester Championships and qualified and ran at the Inter Counties where she finished 114th. She was 4th in the Manchester League and top 60 at Northern and National. At the Manchester League as well as Matilda’s 4th place were May Mannion 13th, Aliesha Smith 19th, Imogen Gush 28th, Ellen Lees-Hill 38th and Leigha Manser 40th.  In the South East Lancs. League Aliesha Smith was 5th, Ellen Lees-Hill 9th, Leigha Manser 11th, Abbie Hirst 12th and Courtney Shaw-Humphries 14th. The girls were also 24th at the Northern Relays and 73rd at the National Relays.

Megan Lewis completed yet another consistent season by winning the South East Lancs. title again finishing 3rd in the Manchester League, qualifying and running at the Inter Counties   finishing 131st and running the Northern and National as the lone representative. Rose Barlow was company for Megan in the Manchester League and was very unfortunate to pull up injured during the last match so therefore didn’t complete the series which would have been a high position. Rose was also 6th at the Greater Manchester Championships but was not selected for the Inter-Counties with Megan moving up an age group next season, Rose 2nd year and possibly one or two moving up from U-15 this age group looks like it will still be short of personnel.

Hayley Simpson ran consistently well in both the South East Lancs. and Manchester Leagues with good competition in both. She finished 3rd in both and led the team to 3rd place in the South East Lancs. League. Michelle Vaughan went one better than last year by winning the O-45 title and leading the team to 2nd place in the O-35 and O45 and finishing 6th overall in the seniors. It was another excellent season from Michelle. In the South East Lancs. as well as Hayley 3rd and Michelle 6th were Bethany McManus9th, Rachael Fawcett 16th, Karen Fleming 18th, Emma McQueen 27th, Nicola Richards 33rd and Catherine Daley 45th. In the Manchester League as well as Hayley 3rd were Michelle Vaughan 27th, Karen Fleming 55th and Catherine Daley 87th.

The boys were struggling to get a team out for the South East Lancs. matches after virtually using all athletes for the Northern Relay, which clashed with the first match, but just about managed to get three out for the remaining three matches and winning the team event. Great teamwork!! The team was Tim Elgar 3rd, Oliver Bentley 5th, and Alfie Bundy6th. In the Manchester League Bobby Burton was an excellent 5th, Tim Elgar 19th, Oliver Bentley 23rd, Alfie Bundy 25th and Patrick Mannion 35th. The boys were 26th (A) and 27th (B) at the Northern Relays and 44th (A) and 76th (B) at the National Relays.

New member Lewis Brown consistently ran virtually every race and will be rewarded with a silver medal for an excellent series of performances in the South East Lancs. League. Lewis was well supported in some of those races by Harrison Pepper, Harry Lloyd and Cameron Green. The boys were 27th at the Northern Relays.

Callum Brierley was the only U-20 to take part in 2019-20. Strengthening himself up for the coming track and field season in April by running both leagues and deservedly finishing 2nd in the South East Lancs. League.

Class and consistent running is best to describe Joe Steward’s performances in the Northern and the National finishing 2nd in both to the same athlete and going down in East Cheshire as the best National performance. Joe deserves to win one of these big races and I think he eventually will. In the South East Lancs. League Joe Hudak brilliantly retained his overall title and led the team to retaining the title. Robin Horner and Tim Greenald both ran consistently well. Rob was 3rd O/40 and Tim was 2nd O/45 and with the very much improved Darren Smith were winners of the O/40’S title. Also at the South East Lancs. as well as Joe’s 1st place were Robin Horner 4th, Tim Greenald 5th, Darren Smith10th, David Rankin 21st, James Hartshorne 31st and Derek Hughes53rd. In the Manchester League Joe Hudak was 9th, Darren Smith 64th, James Hartshorne 85th, Dennis Thomas 90th and Derek Hughes 127th. The team were 2nd in division 2 and have been promoted to division 1. The senior men were 67th (A) and 94th (B) at the National Relays.

Well done all athletes and coaches in 2019-20 season. You have all done the club proud and look forward to seeing you again next October.